The historic visit of the Cuban President continued on Sunday, 4th December, 2022 with a tour of the Modern Medical Complex and Diagnostic Centre at Georgetown. In a welcome ceremony on the grounds of the facility, the President and his delegation were met with officials of the facility including Deputy Hospital Administrator Idinger Miller-Walker, Minister of Health, St. Clair Prince, Cabinet members, as well as Cuban medical professionals living and working here. 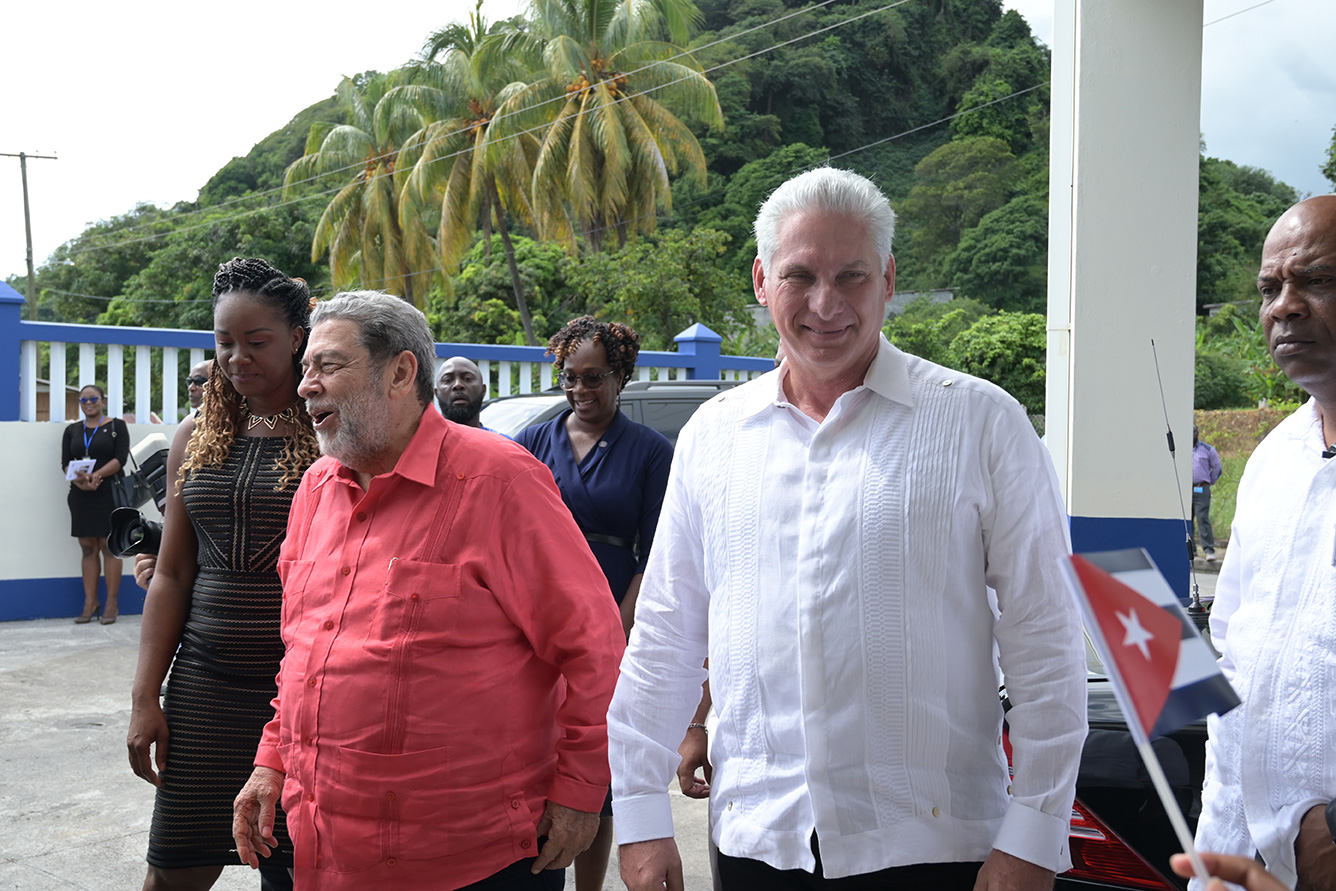 Prime Minister, Dr. Ralph Gonsalves said Cuba was instrumental in the realisation of the Complex and recalled the late President Fidel Castro's commitment to building the health facility saying, "we are building some diagnostic centres; we must build one in Saint Vincent."

The centre at Georgetown is one of the largest of all the diagnostic centres supported by the Cuban Government. The Prime Minister noted that Cuban technical personnel were heavily involved in the design and construction support of the Complex.

"...this is a fantastic structure...this medical and diagnostic centre has a wide range of services," Dr. Gonsalves said. 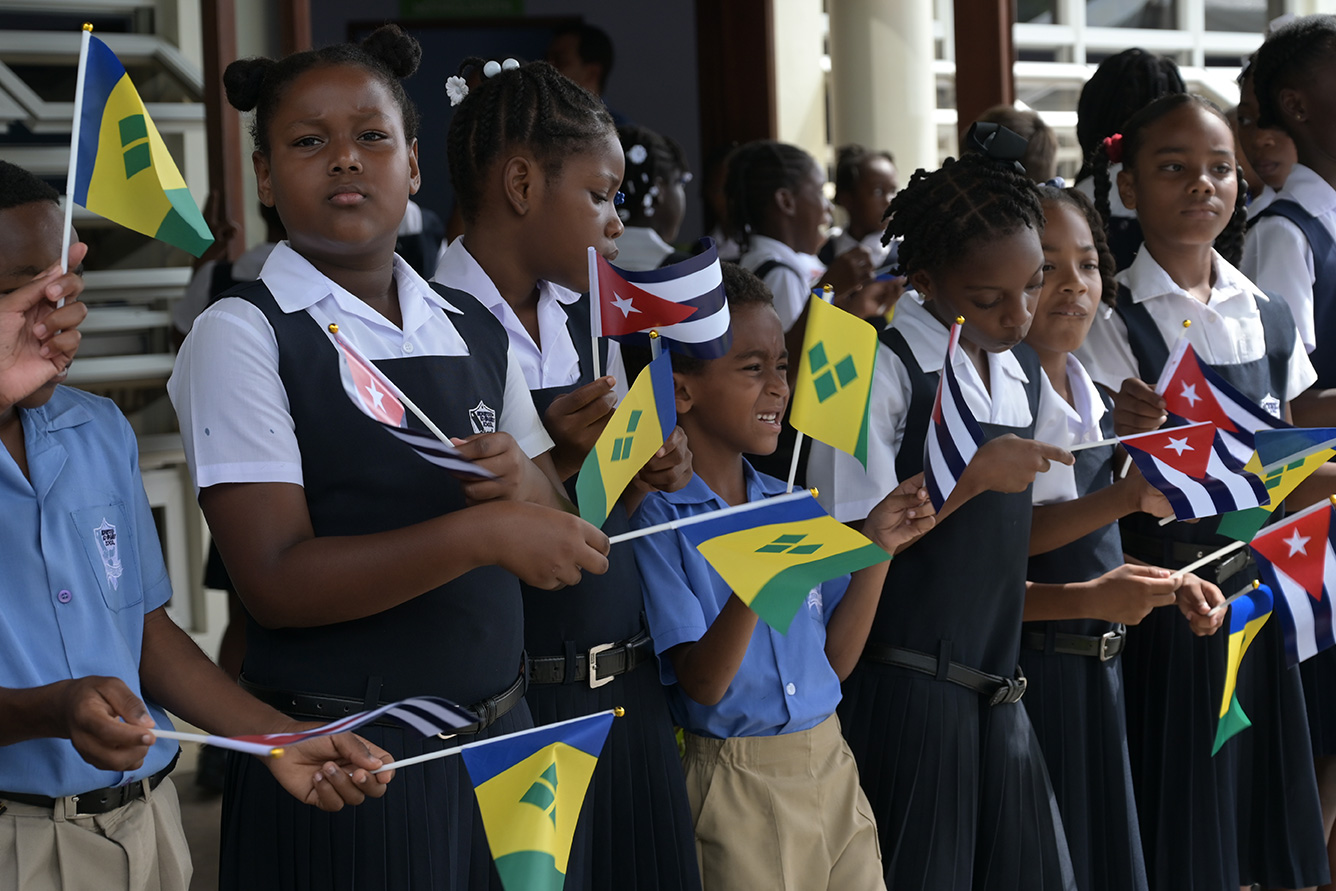 The Prime Minister boasted of a number of lifesaving surgeries which were performed at the centre, making mention of one case where a farmer was disemboweled and surgeons were able to save his life.

"Cuban professionals saved him and within ten days he walked out of the hospital… 40 percent of the staff are Cubans, fully integrated and welcomed in the community," Dr. Gonsalves continued. 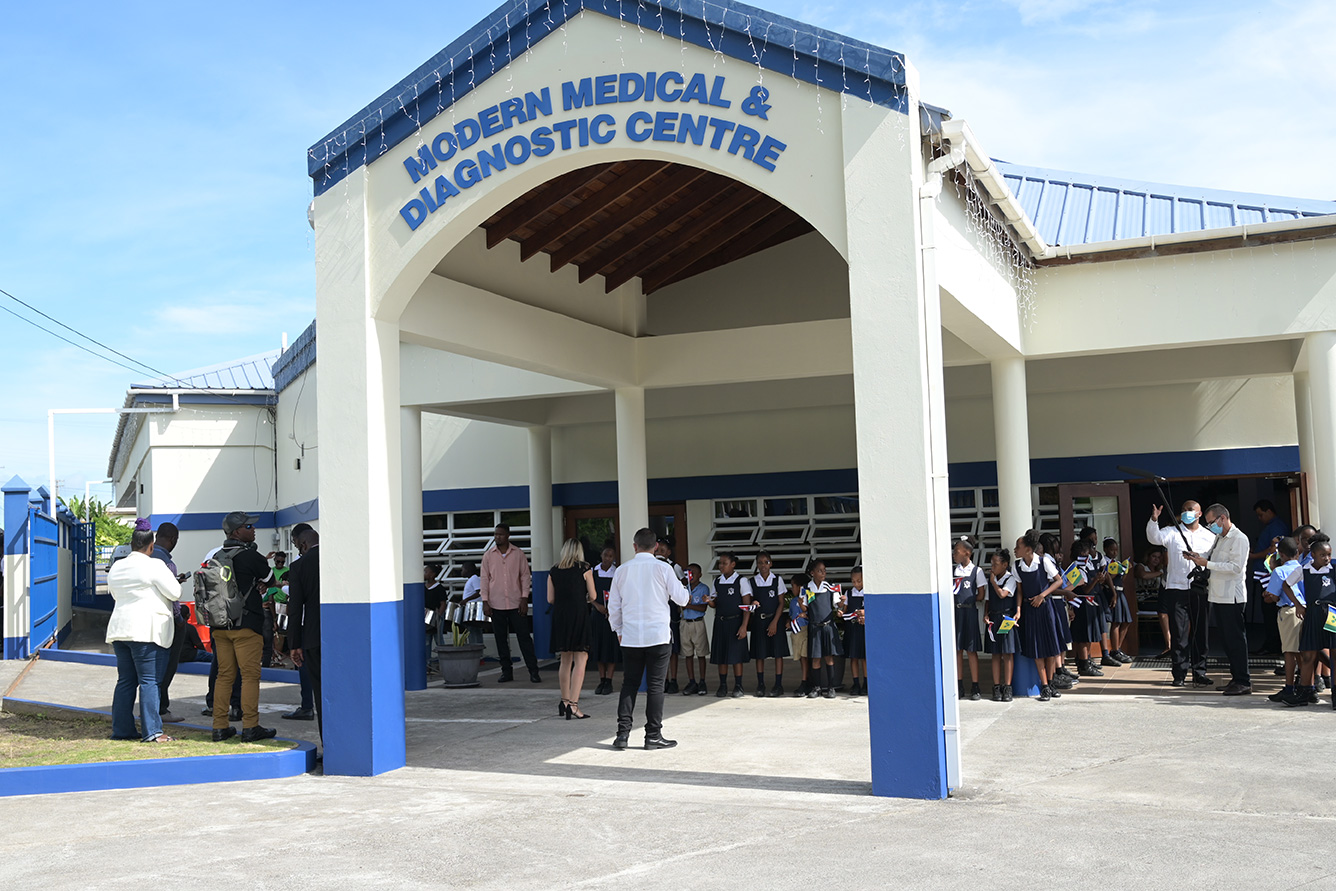 The complex includes a smart clinic and hospital, and soon an MRI machine will be installed on the premises. The facility provides health support for over 40,000 Vincentians, and it is the first facility to provide hemodialysis in this country.

Currently 48 patients access hemodialysis treatment at the Modern Medical Complex. The complex has also issued their mass casualty protocol so they have the capacity to handle accidents.

In addressing the gathering, President Miguel Diaz-Canel referred to Dr. Gonsalves as a friend and a brother. The Cuban President said so much of what they have seen in the country has the foundational imprint of Cuba and symbolises the strong friendship between President Castro, and Dr. Gonsalves continued by Raoul Castro.

His Excellency said that this 30-year friendship, he hopes to continue as the Governments proceed to the 8th Cuba-CARICOM Summit, which is in its 50th year.
His Excellency added that Dr. Gonsalves' commitment to his people is evident in his vision for this country, and this is in keeping with Fidel Castro's legacy. 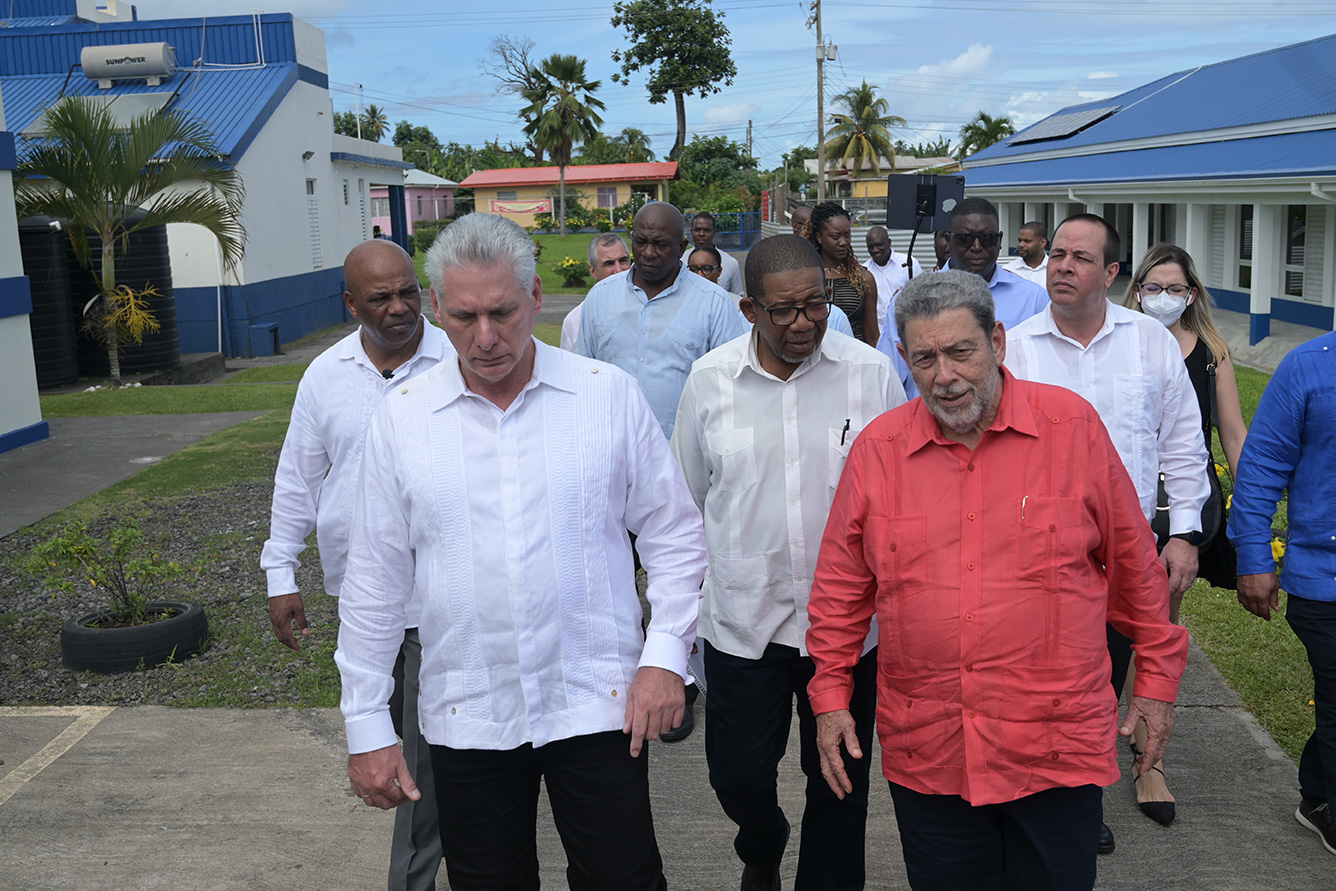 The Cuban President commended the Cuban medical personnel here, whom he said, are here out of their conviction and love of people and saving lives.

"The people of Saint Vincent and Grenadines can count on the commitment of Cuba," the President affirmed.