Commander of the Central Division, Superintendent of Police (Supt), Kamecia Blake of the Royal St. Vincent and the Grenadines Police Force (RSVGPF) is the recipient of the prestigious 2020 “Top Caribbean Career Move Award” for Public Law Enforcement from the Association of Caribbean Commissioners of Police (ACCP)/Amalgamated Security Service Limited (ASSL) – under the Regional Recognition Awards Programme. Superintendent Blake received her award on Monday 20th June 2022 during a brief ceremony at Police Headquarters in Kingstown. 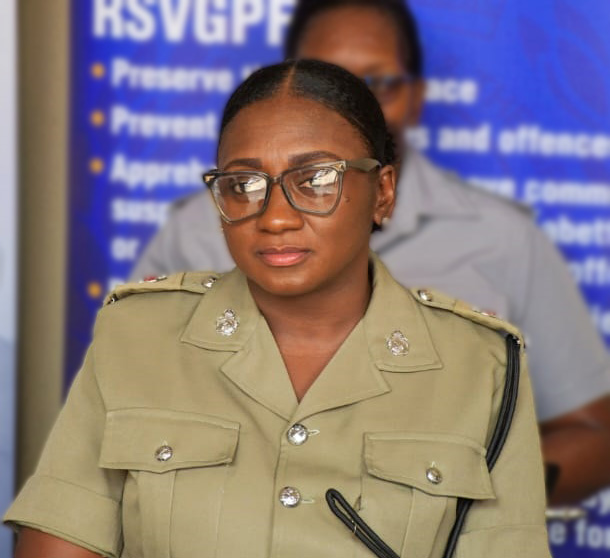 Delivering remarks at the ceremony, Operations Officer at ASSL (St. Vincent), Former Superintendent of Police, Mr. Elton Jackson congratulated Supt. Blake for winning the award. He said that ASSL in partnership with the ACCP shows recognition to the top hardworking men and women in regional law enforcement primarily because both entities value the tremendous contributions that these officers make to regional security.

According to Mr. Jackson, the regional award programme, acknowledges a total of nine (9) outstanding police officers from Member Countries of the ACCP with three awarded for each of the following categories:-

Mr. Jackson informed that the ASSL’s regional recognition programme was established in 2014 thus, many officers have benefited from the programme. 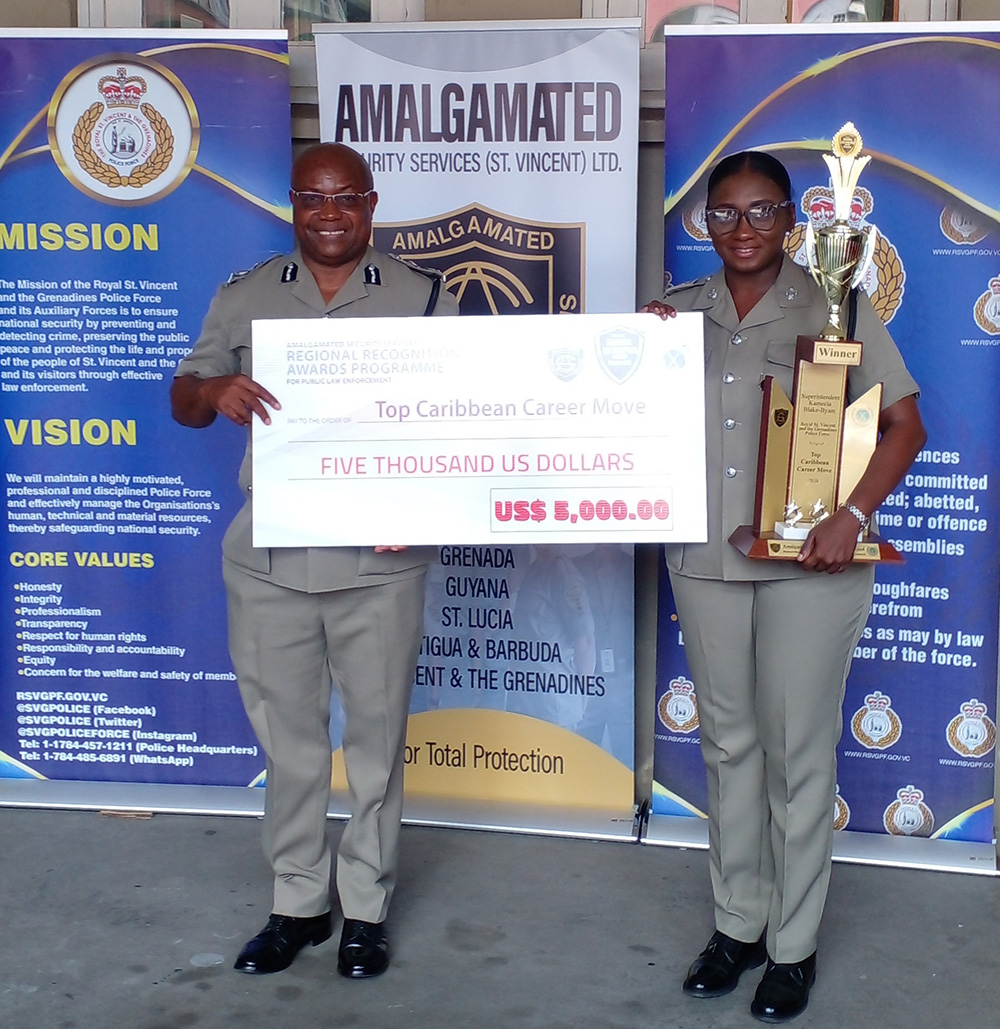 Commissioner of Police, Mr. Colin John was present and address the gathering. He extended congratulations to Supt. Blake for winning the Top Caribbean Career Move 2020 Award and said he hopes that the nominees from RSVGPF for the 2022 awards would be just as successful. Commissioner John also lauded the contribution of Amalgamated Security Services Limited to regional security and the long-standing partnership it shares with the Association of Caribbean Commissioners of Police over the last eight (8) years in combating transnational organized crime – not only in individual countries but, regionally and internationally.

He stated the partnership has to be harnessed and nurtured so that all parties can continue to receive mutual benefits and make the region safer for everyone. According to Commissioner John, ASSL made a strategic decision to invest in areas that can enhance and improve the effectiveness of police officers in the region. He highlighted the Top Caribbean Career Move as one such area that has helped to boost professionalism and leadership qualities in the police forces in the region.

In his concluding comments, Commissioner John said that it is his wish that Supt. Blake’s award will be a motivating factor for other members of the RSVGPF to further their education and professional development while on the job. This he says not only allows officers to compete for available positions in the organization but also better prepares them for other professions if they decide to leave the police force.

In accepting her award, an elated Supt. Blake thanked Amalgamated Security Services for the recognition which she described as a “positive one” for the police force and was “honoured to be the face of it”. She also thanked Commissioner John for advancing her name to ASSL which made it possible for winning the award.

In expressing a word of encouragement to her colleagues; Supt. Blake said “use education in your day-to-day policing. It is very important. Crime is evolving, crime is changing – and we as police officers have to change as well.”

Supt. Blake continued “one of the ways in which we can change our methodology is by using the ‘science’ by informing ourselves and becoming more strategic.” Supt. Blake was presented with a trophy and a symbolic cheque in the sum of US $5000 as part of her prize.
This is the second time the RSVGPF is winning the Top Caribbean Career Move Award. Assistant Superintendent of Police, Mr. Hawkins Nanton copped the award in 2015.