The Ministry of National Mobilisation and the National Emergency Management Organisation (NEMO) are taking steps to increase gender considerations with special emphasis on vulnerable groups in Early Warning Systems (EWS).

To this end, steps will be taken to make special arrangements for women, children, elderly, and persons with disabilities, prior to and after a disaster.  The results from the consultation will complement efforts to develop a regional EWS strategy. This follows a two day workshop held here earlier this week to look at gender and vulnerable groups in Early Warning Systems (EWS).

Leading this effort with the Ministry of National Mobilisation, Family, Gender Affairs and NEMO are CREWS Caribbean and the United Nations Office for Disaster Risk Reduction (UNDRR).

Director of NEMO Michelle Forbes stated that, women, children, the elderly, or differently abled persons are most affected by disasters.  “And that all of our work must be able to address this population especially so in the area of EWS as persons interpret warnings differently,” … and most importantly can take appropriate action to save lives and property”, Forbes said. 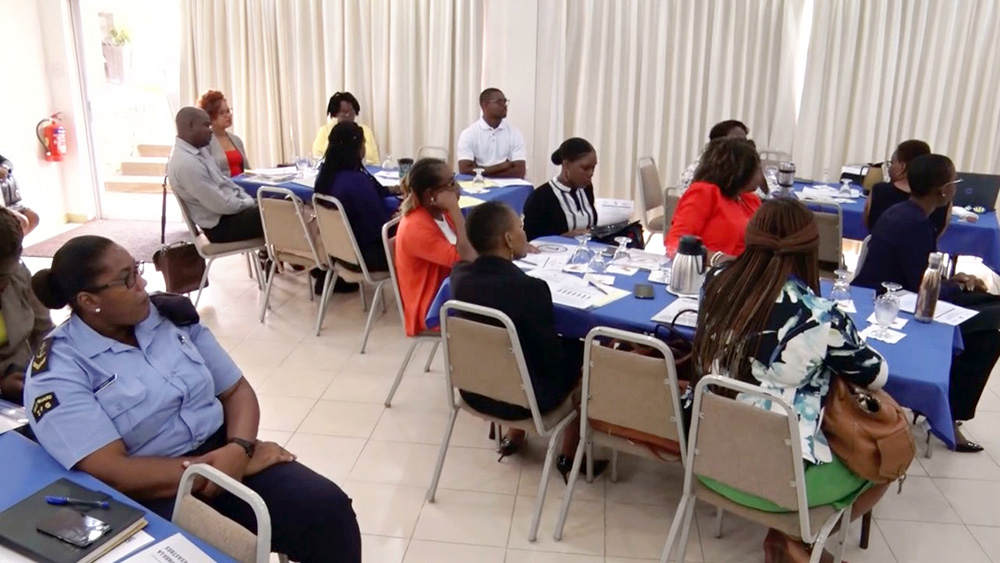 According to Forbes, the Gender and Vulnerable Groups in EWS consultation builds on efforts by NEMO with local partners: the Central Water and Sewage Authority (CWSA), Meteorological Services and SVG Red Cross.  She also acknowledged support from regional agencies: CDEMA, UNDP Barbados and the OECS.

“We have also developed a road map for Saint Vincent and the Grenadines,” NEMO’s Director disclosed.  The road map entails previous work in EWS, the gaps, and “where we need to be in the short, medium and long term”.  The ultimate aim is to “incorporate gender throughout the four pillars of an end-to-end EWS”, Forbes explained.  “It is for you also to work with us and be able to adapt or better able to interpret the messages for your specific population long before warning is given”, Forbes told participants.

Minister with Responsibility for Gender Affairs, Hon. Frederick Stephenson, applauded the Gender Affairs Division for agreeing to partner with NEMO and the UNDRR to host the consultation.  Minister Stephenson said “a concerted effort is being made to include and to hear from those who are often marginalised during emergencies but are also the most severely affected following the impact of a disaster”.

The consultation had participation from public service employees and NGOs.  It was held at the Sunset Shores Beach Hotel conference room from Tuesday, 10th - 11th September, 2019.