On Monday, October 11, 2021; Hon. Carlos James, Minister of Tourism, Civil Aviation, Sustainable Development and Culture, signed two agreements on behalf of the Government of Saint Vincent and the Grenadines (SVG), with the Government of the United Kingdom of Great Britain and Northern Ireland, at the Ministry of Foreign Affairs and Foreign Trade’s conference room. 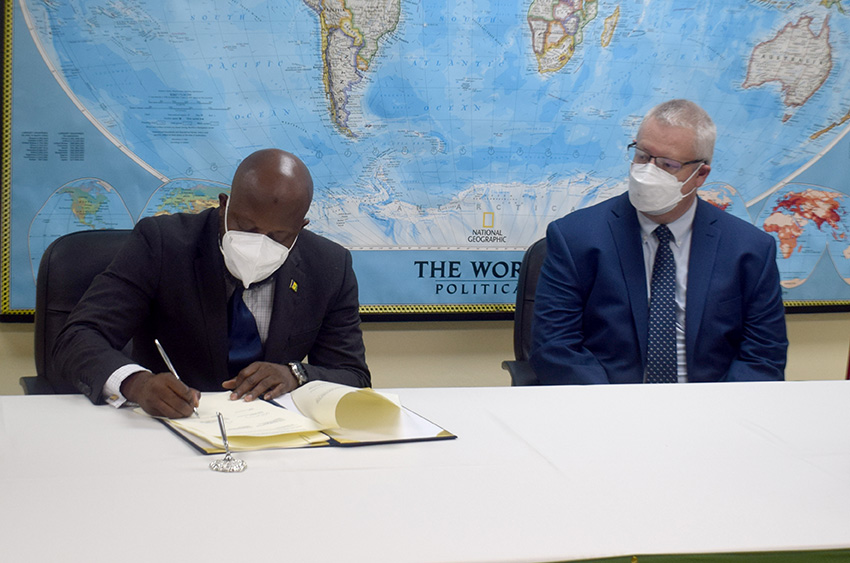 The Agreements were signed in preparation for the inaugural Virgin Atlantic direct flight to Saint Vincent and the Grenadines, scheduled to commence operation in SVG from Wednesday, October 13, 2021. Witnessing the signing was Resident British Commissioner of the British High Commission, H.E. Steve Moore.

The two agreements signed were:

According to the Minister of Tourism, the signing of the MOU, and the Air Service Agreement, will allow Saint Vincent and the Grenadines to facilitate direct flights from the United Kingdom. 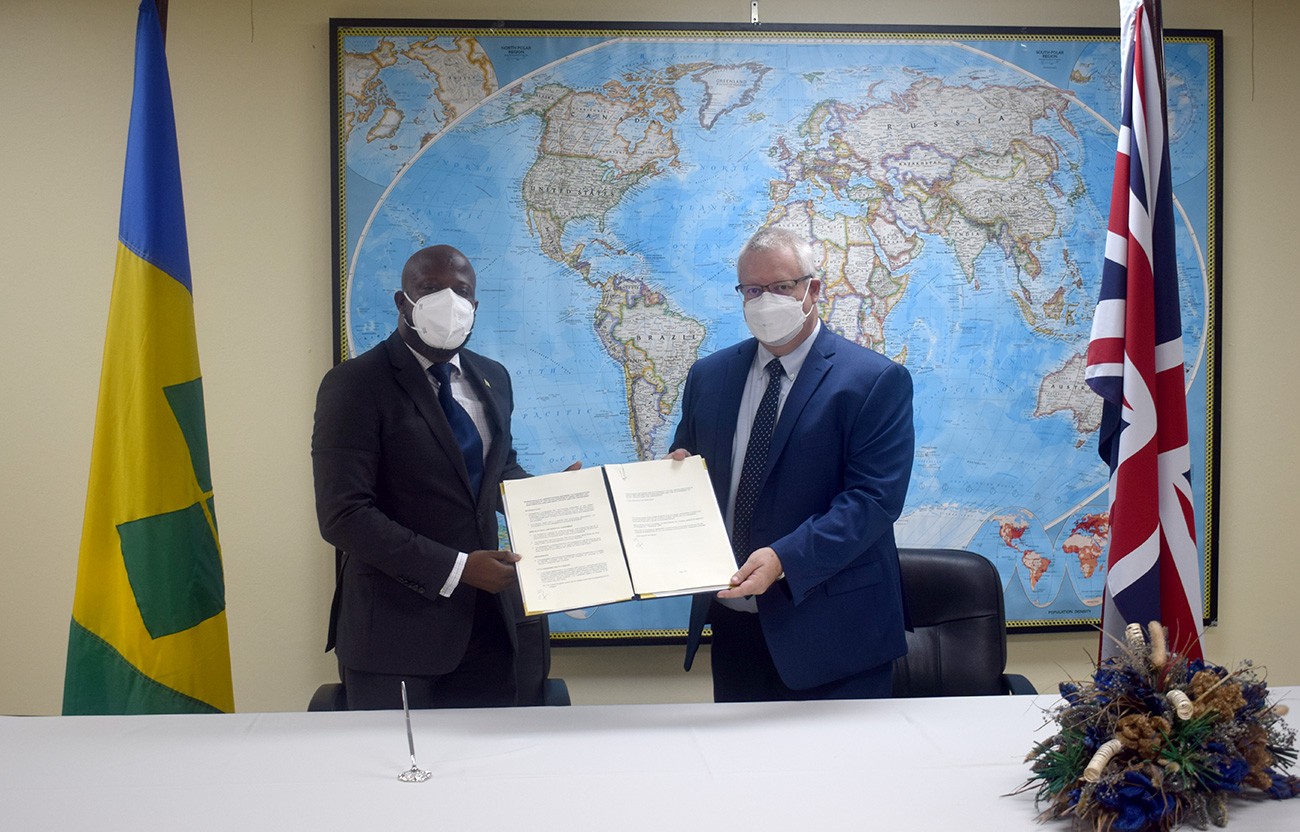 “We do have a history of trade with the United Kingdom and the signing of these important instruments will enable Saint. Vincent and the Grenadines to facilitate an even greater movement of people, goods and services, reducing the divide that separates us as global citizens,” Minister James said.

The aviation minister noted that Saint Vincent and the Grenadines is ideally positioned to become a significant aviation hub within the Caribbean region. With the signing of these instruments, the country now has greater access to major source markets across the European continent, which is important to our recovery efforts both in tourism and trade following the challenges resulting from the COVID-19 Pandemic. 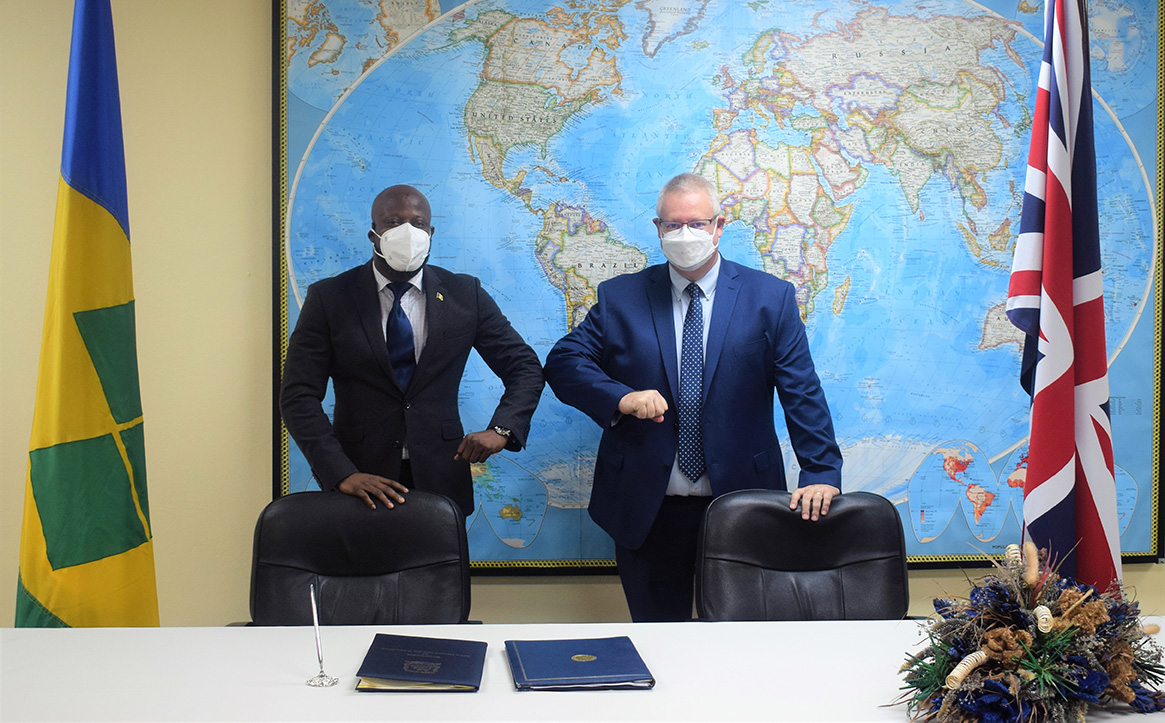 The MOU affirms the intention of both states to comply with the scope of Article 5 of the Chicago Convention, which is to adopt flexible policy, to charter services between the two countries and their willingness in principle, to approve applications for such flights subject to the understanding that reciprocal treatment will be granted by the other Aeronautical Authority.